Should I Play Tug of War with My Dog?

Is playing tug of war with my dog bad?

A lot, if not most dogs love playing tug of war, with either another dog, or with a human.
But many people wonder or worry if playing tug is good or bad for your dog; does it encourage aggression, does it damage dogs teeth or jaw, along with other questions.
First of all, the answer depends very much on your dog, your relationship with your dog, and the situation when you are playing tug.
Keep reading below and we will cover when its ok to play tug with your dog, and when it is not ok.
As a basic rule, playing tug is safe and normal for your dog, but only when these conditions are met (this is not an extensive list):

Tug of war is great exercise and fun for your dog. Here is a basic list of rules for tug of war. Keep reading as we will go into each in more depth:

-Teach your dog a “drop” or “release” command
Train your dog with a “drop” command first before playing your first game of tug. Your dog should know this command well, and should be able to do it on command every time.
Once tour dog knows this command well, male sure to  keep up “proofing” this command during play. Every so often tell your dog to drop the toy why playing tug, and praise him when he does.
-Always initiate tug
Your dog should not try and take something from you which you already have. This is a big no! You should be the one why initiates tug. Sometimes your dog may bring his favourite tug toy to you, this is also ok. But as a general rule, if one of my dogs brings a tug toy, they have to bring it and leave it with me and let me give them to go-ahead to start play.
-Always be in control
In part, this is where the “drop” command comes in. You should always be able to tell your dog to drop something, to let you have and item or to leave an item. Your dog should understand that the toys are all yours, and you are just letting him play with them.
Make sure you always control the game, and dont let the play get too rough or out-of-hand.
If it gets too rough, then tell your dog to drop the toy and stop the play for 30 seconds or more. You may also want to give your dog another command to control them, like “sit” or “lie down”, and wait for them to calm down.
Being in control doesn’t mean that your dog cant win the game sometimes, it does mean that you should be able to stop it on command, and it not get out of control or too rough.
-Should I let my dog growl when playing tug?
Good question. Playful growling is often a normal part of tug. However, as already mentioned, you should always be in control (and you dog should be controlling him/herself). If you feel at any point that the play is getting too rough, or the growling is sounding agressive, tell you dog the “drop” command and stop play, removing the toy.
Growling why playing tug should sound playful, if at any point you feel it doesnt sound playful, stop play.
This way you dog will learn limits and boundries between what is acceptable play and what is getting too rough.
Dogs usually growl to tell another dog to stop what he is doing, as a warning. However when two dogs play tug, they usually growl, and they will know the difference between a warning growl and a play growl. Thats why they will both continue playing tug and ignore each others growls.
When my two dogs playing tug, they growl at each other playfully. However, when the older dogs gets fedup or the younger dog gets too much, the older dogs growl will audibly change, and the younger dog knows and will drop the toy.
You should be able to tell the difference too, except you will show you dog none playful growl isnt acceptable.
A side note, if you go to pick up a toy or go to take a toy off your dog (with the intent of play tug or simply putting it away) and your dog growls *at you*, this is unacceptable, and you should let your dog know.

When you shouldn’t play tug

Dont let your dog play tug with children.
If you have a very young puppy, their bones are still growing and are soft, and their teeth are soft, so dont play tug with them until they are older.
Dont play tug if you dog shows aggression or has shown aggression in the past.
It’s best to play tug with a longer toy, so your dog doesn’t get confused with your hand. Also, you don’t want them to learn to be mouthy near your (or other peoples) hands.
If your dogs teeth contact your hand at any point, make sure they know that is unacceptable. You can let out a yelp, and a “no!” And remove the toy from they, stopping play for 30 seconds.
If your dog does this 3 times in a session, stop playing tug for the day.
If your dog has an issue with being “mouthy”, not necessarily aggressively, but just using their mouths on you, like in the case of puppies, then don’t play tug with them until this has been trained out of them or they have passed this stage. Playing tug, with your hand quite near their mouth, will probably confuse them when you are trying to stop the mouthy behaviour.
-Should I let my dog win?
Of course! Letting your dog win some games actually helps build their confidence,  especially for younger dogs. Imagine when you were younger, if every game of ball, or football, or baseball etc you played with a parent, your parents won, everytime. Probably wouldn’t have been a great confidence boost for you!
Tug of war therefore depends on your dog’s personality, age, temperament, and training. As with any activity with your dog, if they get too excited or out of control, or they show aggression, stop, and go back and do some training.
DoggTreats - Dog News and Reviews > Tricks, Tips and Training > Dog Training > Should I Play Tug of War with My Dog? 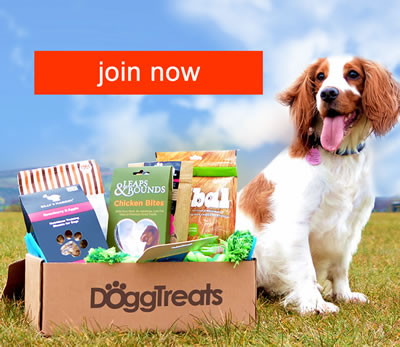